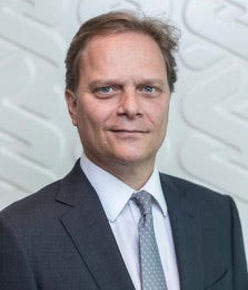 Stephen has spent the last 25 years as a commercial and investment banker in the emerging markets.

He started his banking career at JP Morgan in London in 1993 in mergers and acquisitions, leaving the bank in 2009 as a Managing Director having been based in Istanbul, Turkey and Johannesburg, South Africa.

His last role at JP Morgan was to head investment banking coverage for Africa. In 2010 he joined Standard Chartered bank where he managed the Corporate and Institutional banking business, first for the Africa region and then in 2015 he was asked to also take responsibility for managing the Middle East region, relocating to Dubai. The combined region generated $1.3bn in annual revenues.

He left the bank in April 2018 to pursue his interests in development finance and impact investing in emerging markets.

Stephen has an MBA from Wharton, an MA in International Economics from SAIS at Johns Hopkins and a Bsc from the London School of Economics.