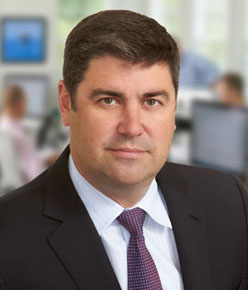 Eric brings to Penfield Marine LLC a career worth of commercial tanker chartering and operations experience, built on the most demanding of global stages, a network of committed professional commercial contacts, and an impeccable reputation.

Prior to joining Penfield, Eric was at ST Shipping (part of Glencore). Eric was an integral part of the global trading team which was responsible for managing a fleet of owned and time-chartered oil and product tankers that reached upwards of 200 ships. Eric’s duties involved taking in tonnage from both the spot and time-charter markets to arbitrage between internal Glencore cargos, ST COA cargos, and third party market cargos. As part of the ST team, Eric was responsible not just for the trading of the ships, but also to create deals, shorts and various contracts so that the Glencore trading group could lock in long-term purchase and supply deals, while always having the best possible freight coverage in the market.

Eric started in the shipping industry in chemical tanker operations with Hiltveit Associates in NYC.