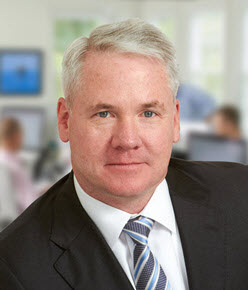 Tim was listed in the Top 100 ranking of the most influential people in the shipping industry by Lloyd’s List in December of 2011.

Prior to Penfield Marine, Tim was the President & CEO of Heidmar. He joined Heidenreich Marine in 1993 and worked in the Operations and Chartering Departments. In 2002, Tim was promoted to President and became CEO in 2006. Under his leadership, Heidmar started two new pools (Suezmax and VLCC), and formed a joint venture for chemical tankers (WOMAR). At the time of his departure, Heidmar directly controlled over 125 ships ranging from MRs to VLCCs.

Tim also worked as a project engineer for Naval Ships Systems Engineering Station in Philadelphia, Pennsylvania from 1987 to 1988. From 1988 to 1993, he held the positions of Test Engineer and General Supervisor at Textron Lycoming (formerly Avco) in Stratford, Connecticut.

Tim received a bachelor of science degree in Marine Engineering from the United States Merchant Marine Academy at Kings Point in 1987. He went on to receive his MBA in Finance with a co-major in International Business from New York University’s Leonard N. Stern School of Business in 1997, which included a period of time spent as an exchange student at the London Business School.