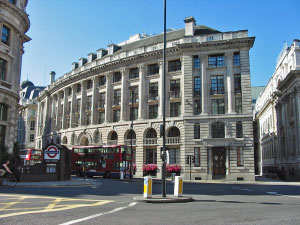 Penfield opens London office primarily responsible for the chartering activities in Europe and the Far East. 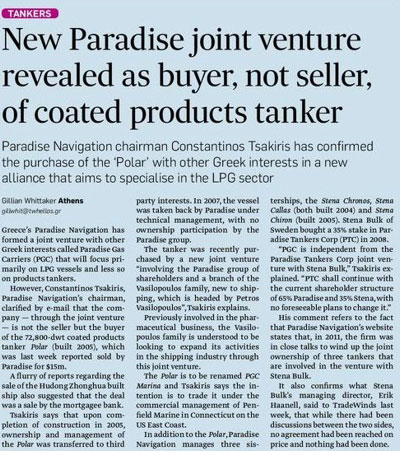 Paradise Navigation chairman Constantinos Tsakiris has confirmed the purchase of the 'Polar' with other Greek interests in a new alliance that aims to specialise in the LPG sector. 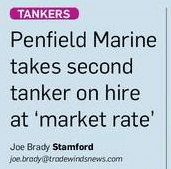 Newcomer Penfield Marine has continued its gradual steps to build a chartered-in fleet this week by fixing a panamax tanker owned by Hellespont Shipping. 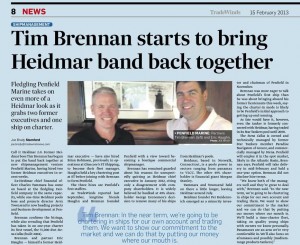 Tim Brennan Starts to Bring Heidmar Band Back Together

Fledgling Penfield Marine takes on even more of a Heidmar look as it grabs two former executives and one ship on charter. 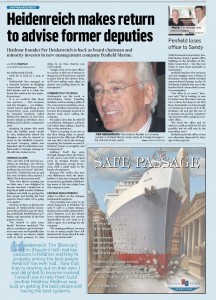 Heidenreich has emerged as a minority investor in Connecticut shipmanager Penfield Marine.