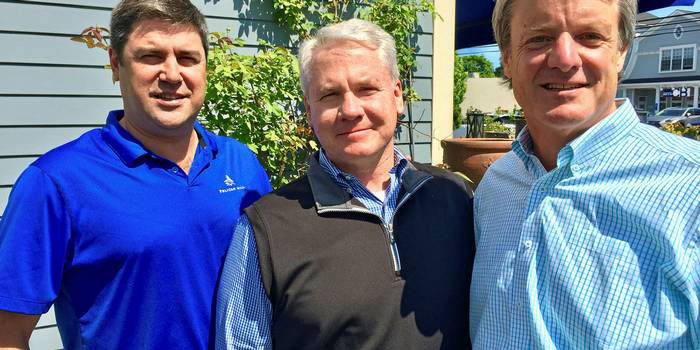 Penfield Marine continues a gradual build-up of its aframax pool with three tankers scheduled to deliver this week.

The additions will build its aframax fleet to 15 vessels contributed by nine partners, up by half from 10 tankers and six members since the start of the summer.

The increase fits Penfield’s goal of controlled growth on the aframax side while keeping its pool of panamaxes ­relatively stable between 25 and 30 vessels, chief executive Tim Brennan said this week.

Chief executive Tim Brennan says 'As I mentioned in May, we want to have sustained slow growth in the aframax pool. We’re not looking to grow quickly, but we are looking to add good partners and good ships'.

As TradeWinds reported in May, the entry of Valles and Wah Kwong on the aframax side saw Penfield open up a new area of emphasis in Hong Kong. Valles entered the 107,000-dwt Seanostrum (built 2002) in mid-May. Wah Kwong followed with the 112,200-dwt Unity Venture (built 2017) in June.

Brennan also confirmed that Greek owner Hellenic Tankers has joined with the 73,600-dwt LR1 Ambassador and LR1 Carrier (both built 2007), bringing the panamax pool to 27 vessels.

Says Brennan “We’re happy to have Hellenic as a partner and we’re content for the pool’s size to remain within that range.”

Brennan and partner Eric Haughn, chief operating officer, are former executives of nearby Heidmar, a large pools operator that has its US headquarters in Norwalk, Connecticut.

Fairfield-based Penfield brought onboard another Heidmar alumnus, Glenn Gronseth, as business development director last spring. Gronseth was most ­recently ­managing director for projects at Heidmar, where he spent 28 years.