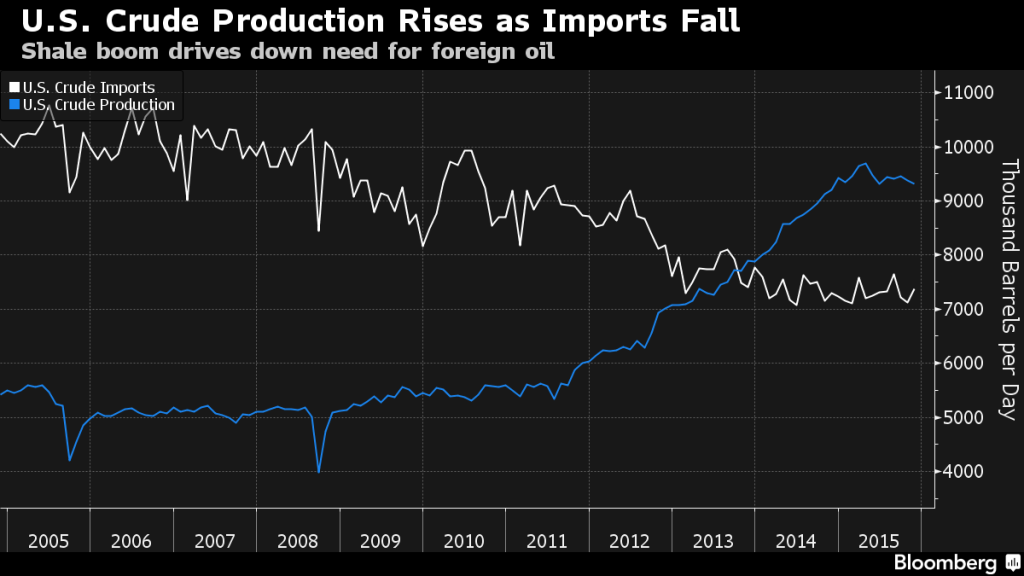 The sea stretched toward the horizon last New Year’s Eve…

…as the Theo T, a red-and-white tug at her side, slipped quietly beneath the Corpus Christi Harbor Bridge in Texas.

Few Americans knew she was sailing into history. Inside the Panamax oil tanker was a cargo that some on Capitol Hill had dubbed “Liquid American Freedom” — the first U.S. crude bound for overseas markets after Congress lifted the 40-year export ban.

It was a landmark moment for the beleaguered energy industry and one heavy with both symbolism and economic implications. The Theo T was ushering in a new era as it left the U.S. Gulf Coast bound for France.

The implications — both financial and political — for energy behemoths such as Saudi Arabia and Russia are staggering, according to Mark Mills, a senior fellow at the Manhattan Institute think tank and a former venture capitalist.

Read the rest of this article on Bloomberg.com »